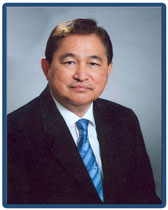 The period from October to December 2019, covered by this issue, was full of productive activities.

The Academy, in cooperation with the Metrobank Foundation Inc., held the 16th Professorial Chair Lecture featuring then Associate Justice Diosdado M. Peralta, now the 26th Chief Justice of the Philippines, as lecturer on the topic “The Significance of Recent Developments in Criminal Law, Procedure and Jurisprudence to the Philippine Judicial System.” The successful event had 362 attendees and was held on October 2, 2019 at the En Banc Session Hall of the Supreme Court.

There were also a number of special focus programs such as: two Competency Enhancement Trainings for Family Court Judges and Personnel Handling Cases Involving Children (CET-Child); two Personal Security Trainings for Judges; two Outcomes-based Education Trainings for Judges, Court Personnel and Duty Bearers on Juvenile Justice; a Seminar-Workshop for Judges on Cybercrime; a Seminar-Workshop for Selected Judges on Financial Crimes and Money Laundering; two Seminar-Workshops for Supreme Court Lawyers on the Philippine Competition Act and its Implementing Rules and Regulations. A Seminar-Workshop on Dangerous Drugs Law for Judges, Prosecutors and Law Enforcers of the Ninth and 12th Judicial Regions was also held at this time. In addition, the pilot of the Training Seminar on the Rules of Procedure on Admiralty Cases involving Judges and Court Personnel from all levels in selected courts in the National Capital Judicial Region (NCJR) and Regions I, III, VII and IX was launched. Batches 3 to 8 of the Training Workshops on Automated Hearing were also delivered this quarter.

The Academy also held a Pre-Summit Writeshop on the Dangerous Drugs Law and Related Issuances which preceded the First National Summit on the Dangerous Drugs Law. Two Round Table Discussions were also conducted, one for Sandiganbayan Justices on Financial Crimes and Money Laundering and another one for selected participants from the judiciary and the academe on “Knowledge Sharing on the Implementation of the Indigenous People’s Traditions into the Training of Judges.”

The Academy also assisted in the conduct of the following: the Annual Convention of the Philippine Judges Association (PJA) with the theme “RTC Judges: Catalysts for Judicial Reform”; the 25th National Convention and Seminar of the Philippine Trial Judges League, Inc., (PTJLI) entitled “PTJLI: Strong and United for Justice and Equity”; and the Third National Convention and Seminar of the Association of Clerks of Court and Ex Officio Sheriffs (ACCES) which was denominated as “The Clerks of Court: Facing the Challenges of Tradition in the Workplace in this Digital Age.”

Also accomplished during this period were Orientation and Seminar-Workshops for Court Decongestion Officers of Beneficiary Courts in the Visayas and in the Fourth and Fifth Judicial Regions.

Our Philippine Mediation Center Office and its field units continued to provide the parties-litigants the needed assistance in settling their cases through alternative dispute resolution methods and to train and accredit mediators in different parts of the country. Two Refresher/Advanced Courses for Court-Annexed Mediation (Skills Enhancement Course) were held for the Palawan, Ilocos and Oriental Mindoro, and the Metro Manila Mediation Programs, respectively. A Basic Mediation Course for the La Union and San Carlos City/Kabankalan Mediation Programs was held in Bacolod City. Pre-Internship Orientation and Meeting with Judges, Clerks of Court, Branch Clerks of Court, Mediation Trainees and PMC Unit Staff in the La Union and Negros Occidental Mediation Programs were likewise conducted.

In the Judicial Dispute Resolution front, a Judicial Settlement Conference for Judges on JDR (Skills-based Course) was held along with the Orientation of Law Practitioners, Clerks of Court and Branch Clerks of Court on JDR in Zamboanga del Norte and in Negros Oriental. A Validation of the Refresher Course Program for Court-Annexed Mediators held in Manila completed the PMCO year-end activities.

We also continued to do our part in the Enhanced Justice on Wheels Program (EJOW) of the Court by holding two Information Dissemination through Dialogues between Barangay Officials and Court Officials in Ormoc City, Leyte Province and in the Municipality of Isulan, Province of Sultan Kudarat.

In all these undertakings, the Academy saw the remarkable performance of its teams and personnel, doing their tasks with dedication and loyalty. Thank you all.

I also wish to thank all our development partners who unfailingly extended to us funding, expertise, sharing of best practices and the bond of friendship.

Thank you, too, to the Honorable Chief Justice, Diosdado M. Peralta, and the Supreme Court, for the unstinting support and inspiration given to PHILJA and all its activities. The success of a Judicial Academy hinges on its support from the Chief Justice and the Highest Court and PHILJA is truly fortunate in enjoying this crucial ingredient.

Finally, thanks to the Almighty for the blessings and graces needed to serve our people effectively.

Again, congratulations and thank you!